Catch the hot spots for music, comedy and dancing on Long Island here! 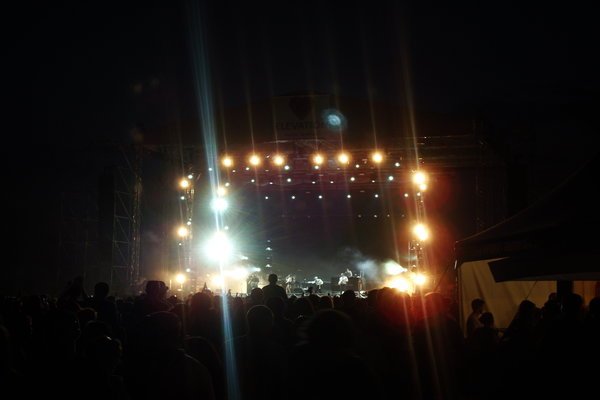 Get ready for some more fun on Long Island with music, comedy and dancing entertainment this whole week! Music performances include the Backstreet Boys, Six Gun, The Fast Lane and others. Also, catch Ballroom with a Twist , an international ballroom dance production and comedy with Amy Schumer and Cheech & Chong. Check out the details below!

Who: Comedy Club Presents Amy Schumer At Bay Street Theatre
Info: Amy Schumer is a hot star in the world of comedy, blending her wholesome, girl-next-door looks and edgy comedy. Schumer is the creator, star and writer of the Comedy Central television show ‘Inside Amy.’
Cost: $62 to $69
Time & Place: 8PM at Bay Street Theatre, Corner of Bay and Main Streets, Sag Harbor – (631) 725-9500

Who: Ballroom With A Twist At Patchogue Theatre For The Performing Arts
Info: It’s a critically acclaimed international dance production choreographed by ABC’s ‘Dancing With The Stars’ Emmy nominated, Louis van Amstel. The show stars ‘Dancing With The Star’ celebrity pros, finalists from ‘So You Think You Can Dance’ and ‘American Idol’ finalists. Enjoy a show of ballroom dancing, infused with the energy and intensity of the latest contemporary and hip-hop styles.
Cost: $25 to $65
Time & Place: 8PM at Patchogue Theatre For The Performing Arts, 71 E. Main Street, Patchogue – (631) 207-1300

Who: Cheech & Chong, Tower Of Power & War At NYCB Theatre At Westbury
Info: Marin and Chong released nine comedy albums between 1972 and 1985, were nominated for four Grammy Awards and won one. They also starred in eight feature films, almost always portraying a pair of comical stoners stumbling through life.
Cost: $39.50 to $49.50
Time & Place: 8PM at NYCB Theatre at Westbury, 960 Brush Hollow Road, Westbury – (516) 247-5200