History: Pic of Nazi Seaplane That Landed in Port Washington

Plane came across Atlantic to Pan American Airways base. 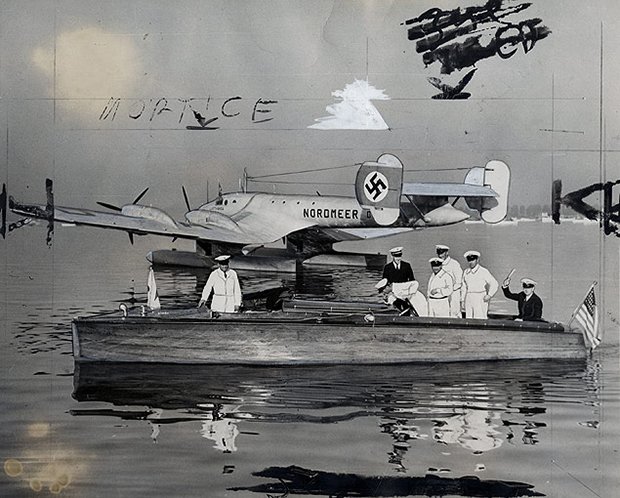 In 1938, the German seaplane, Nordmeer was expected to land at the Pan American Airways base in Port Washington. A New York Times article from July 22, 1938 announced the event saying that the plane left the Azores (an archipelago off Portugal) the day before. At the time, America and Germany were not at war although relations between the two countries was said to have been cool.

A caption accompanying the image says that  after landing at Port Washington, Long Island, the crew of the seaplane Nordmeer, one of Germany's planned commercial aviation fleet, is taken ashore.