A number of recent developments indicate a heightened potential for the Islamic State or homegrown violent extremists (HVE) inspired by the Islamic State to launch attacks in the near term, including against Fourth of July ... 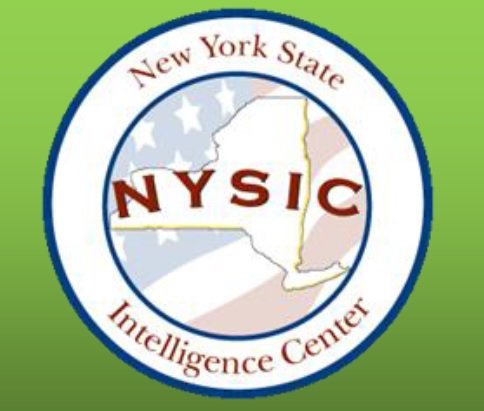 Albany, NY - July 2, 2015 - A number of recent developments indicate a heightened potential for the Islamic State or homegrown violent extremists (HVE) inspired by the Islamic State to launch attacks in the near term, including against Fourth of July events. Currently there are no known credible and specific threats to any New York State-based Fourth  of July celebrations.

On June 23, 2015 the official spokesman  for the Islamic State, Abu Mohammed al-Adnani,  released a 28 minute audio statement  in which he continued  to encourage HVE attacks against the West, particularly  during the holy month of Ramadan (from June 17 to July 17). HVE attacks, such as the October 2014 hatchet attack on NYPD officers, increased after a September 2014 audio statement  from al-Adnani.  The Islamic State and its supporters have increasingly focused on important holidays for attacks, as evidenced by the disrupted Anzac Day plot in Australia and Armed Forces Day plot in Britain. Holiday events, especially those with a law enforcement  or military presence, are attractive targets given the Islamic State’s continued  guidance to attack police, military, and mass gatherings.

The Islamic State’s use of social media and secure encrypted messaging allow English-speaking foreign fighters operating in jihadist safe havens to act as virtual recruiters by communicating with radicalized  individuals within the U.S. Each of the following incidents highlights this growing trend of networked  attackers:

·    On May 3, 2015 Elton Simpson and Nadir Hamid Soofi opened fire on a “Draw  Mohammed” event in Garland, TX. Simpson had previously communicated with Syria-based Junaid Hussain,  a Briton, and Somalia-based  al-Shabaab member and Islamic State supporter Mohammed Abdullahi Hassan (AKA Miski), an American1.

·    On June 2, 2015 Usaamah Rahim was shot and killed by law enforcement  in Boston after brandishing  a military-style knife that he purchased  online. Rahim and co-conspirators  David Wright and Nicholas Rovinski had discussed a plot to behead Pamela Geller, an organizer of the Garland “Draw Mohammed” event. Rahim later decided to abandon  that plot in order to target law enforcement.  Rahim had been in contact with Junaid Hussain, while Rovinski had directed messages to Miski on Twitter2.

·    On June 13, 2015 Munther  Omar Saleh, of Queens, NY, was arrested after running towards police officers with a knife. The officers had him under surveillance in connection  to a plot to detonate  an explosive device in New York City. Saleh was communicating with Miski on Twitter.3 Law enforcement  later arrested two of Saleh’s co-conspirators  – Fareed Mumuni  of Staten Island, NY and Samuel Rahamin Topaz of Fort Lee, NJ.

Implications for the Private Sector

Due to the heightened  threat environment surrounding the Fourth  of July, private sector partners, specifically security personnel,  should exercise enhanced  security precautions  if hosting an event over the Fourth  of July weekend. Security personnel involved in planning such an event should review security policies and work with local first responders,  including law enforcement  and fire/EMS authorities, as well as other government  authorities  to assure that the proper safeguards are in place. Preparing,  training, and coordinating with local first responders will increase these entities’ capabilities to react to an incident in a timely, coordinated, and efficient manner.

Furthermore, an analysis of several terrorist attacks targeting facilities in the 20 February 2015, Banking, Finance and Commercial Facilities Open Source Bi-weekly Review, found that in the events where guards were armed the attacker either fled after a short exchange of fire or was killed during the attack. While the presence of an armed guard force may not be possible for many facilities, partnering with your local law enforcement  and drilling for an active shooter scenario will likely save lives. The terror attacks analyzed in this product, such as the February 2015 Copenhagen attack, reinforces the best practice to engage an active shooter as quickly as possible to limit the damage the shooter can inflict.

The recent arrests highlighted above reinforce previous warnings regarding both the targeting of law enforcement and the move toward small simple attacks using small arms or edged weapons.  These arrests may also indicate these plotters were in advanced  planning stages. Individuals’ communication with alleged terrorists overseas coupled with simple attack methods may result in HVEs taking action with little or no indication.

The Islamic State’s apparent  shift towards using foreign fighters as recruiters of HVEs in the West may allow for multiple coordinated attacks in order to increase the psychological effect of these smaller scale attacks. Please immediately  report any suspicious activities relating to the Fourth  of July, mass gatherings, and potential targeting of law enforcement  or military to the Counter  Terrorism Center via the NYS Terrorism Tips Line at 1-866-SAFE- NYS (1-866-723-3697).