Movie Roundup: ‘22 Jump Street’ Leads at Weekend Box Office, ‘How to Train Your Dragon 2’ Follows Behind

This Father's Day weekend at the movie theaters people were flocking to see '22 Jump Street' and 'How to Train Your Dragon 2.' 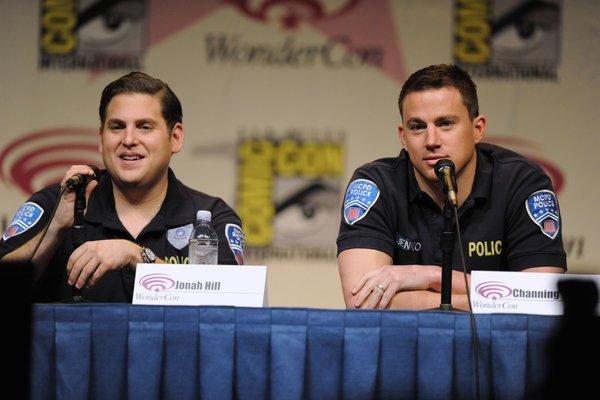 The two latest movie sequels to release, ’22 Jump Street’ and ‘How to Train Your Dragon 2’ took over the box office this Father’s Day weekend.

’22 Jump Street’ beat out ‘How to Train Your Dragon 2’ for the number one spot at the weekend box office with $60 million. The comedy starring Channing Tatum and Jonah Hill tells the story of two bumbling undercover cops assigned to infiltrate a local college after going through high school (twice).

‘Maleficent’ with Angelina Jolie took third place at the weekend box office with $19 million. This is followed by ‘Edge of Tomorrow’ in fourth place with $16.2 million.

Heading into the second half of June, more great movie flicks are expected to release!

For those looking for a romantic comedy flick:

For those looking a musical drama biography:

Photo by Guillaume Paumier, via Wikimedia Commons under Creative Commons 2.0.