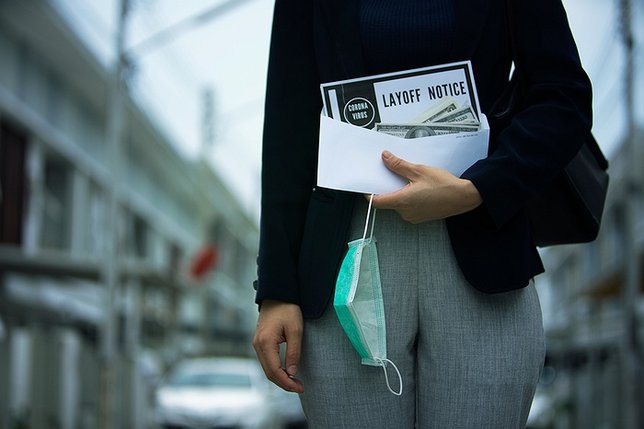 Today’s unemployment numbers show that roughly 26.5 million Americans have lost their jobs since the start of the coronavirus pandemic, completely wiping out the 22.7 million new jobs created since the Great Recession and adding another somber milestone to the economic toll this novel virus has taken on the U.S. Not all areas of the country have suffered equally, however, as you can see from WalletHub’s updated rankings for the States with the Biggest Increases in Unemployment Due to Coronavirus, released today.

To identify which states’ workforces have been hurt most by COVID-19, WalletHub compared the 50 states and the District of Columbia based on increases in unemployment claims. We used this data to rank the most impacted states in both the latest week for which we have data (April 13) and overall since the beginning of the coronavirus crisis (March 16). Below, you can see highlights from the report, along with a Q&A.

Increase in New York Unemployment Due to Coronavirus (1=Worst, 25=Avg.):

How will the unemployment rate change once the COVID-19 pandemic ends?

“Until we have a vaccine for COVID-19, we will not see employment levels similar to the beginning of the year. Once businesses start to open, we will see the unemployment rate stabilize and then slowly start decreasing. The economic stress put on businesses by the coronavirus crisis may prevent them from having the resources to do much hiring at the start,” said Jill Gonzalez, WalletHub analyst. “Some industries’ hiring will bounce back sooner than others; for example, restaurants that are reopening will need to hire serving staff again after laying off or furloughing them during the switch to takeout-only meals.”

How do red states and blue states compare when it comes to increases in unemployment?

How has New York’s unemployment rate been affected?

“New York has seen a 357% increase in initial unemployment claims from the beginning of 2020 to the week of April 13,” said Jill Gonzalez, WalletHub analyst. “This is better than the average increase of 1,544%.”

What can states do in order to minimize the rise in their unemployment rates?

“States should aggressively focus on helping the companies in the most need. The federal response will include sending checks to most citizens, even those whose income has not been affected by the coronavirus. States can use a more targeted approach to divert resources to the companies affected the most, thus having maximum impact for the money spent,” said Jill Gonzalez, WalletHub analyst.