Builds on the Governor's Bold Actions to Invest in, Promote and Encourage Safe, Clean, and Environmentally-Friendly Economies Across the State. 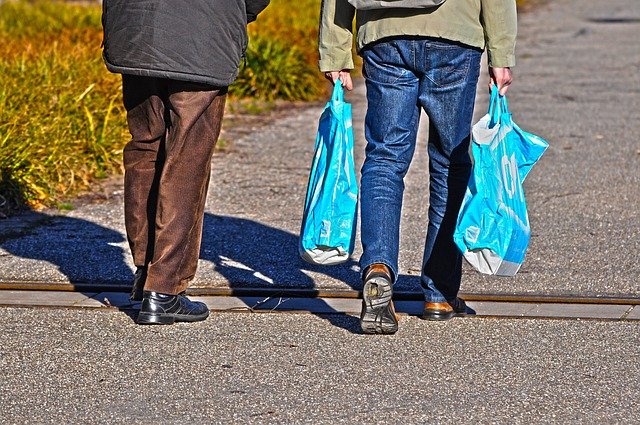 Albany, NY - April 23, 2018 - Governor Andrew M. Cuomo today introduced a program bill that would ban all single-use, plastic carryout bags at any point of sale in New York State. This action follows the release of the New York State Plastic Bags Task Force report in January, which outlined the environmental impact of plastic bags, single-use bag reduction measures, and proposed actions that the state could take to reduce pollution and protect New York's natural resources, including a ban on single-use plastic bags.
"The blight of plastic bags takes a devastating toll on our streets, our water and our natural resources, and we need to take action to protect our environment," Governor Cuomo said. "As the old proverb goes: 'We did not inherit the earth, we are merely borrowing it from our children,' and with this action we are helping to leave a stronger, cleaner and greener New York for all."
As communities and states across the country continue to struggle with the ecological and financial costs associated with the use of plastic bags, New York is taking action to implement legislation that will ban plastic bags statewide. The Governor launched the New York State Plastic Bag Task Force in March 2017 to conduct a study and develop a comprehensive solution to the use and disposal of plastic bags and how best to deter their environmental impact. The Task Force is led by State Department of Environmental Conservation Commissioner Basil Seggos along with co-chairs Senator Thomas O'Mara and Assemblyman Steve Englebright.
The Task Force conducted a survey of more than a dozen municipalities in New York State that currently have plastic bag laws. The Task Force also encouraged public comment on the issue and received 558 responses between March and December 2017. The full report is available here.
Based on recommendations included in the report, the Governor is introducing a program bill that would ban the provision of single-use, plastic carryout bags at any point of sale, and would provide the Department of Environmental Conservation with exclusive jurisdiction over all matters related to plastic bags and film plastic recycling. The bill exempts garment bags, trash bags and any bags used to wrap or contain certain foods, such as fruits and sliced meats. The bill would go into effect on January 1, 2019.
In addition to the legislation, the state will undertake an education and outreach campaign to increase consumer awareness of single-use bags and their harmful impact on the environment. Education efforts will also seek to educate consumers of the impact plastic bags have on the environment and the waste stream, and promote use of reusable bags.
Plastic Bag Environmental Impacts
A ban on single-use plastic carryout bags will significantly reduce waste and environmental impacts. New York City alone estimates a savings of $12.5 million in disposal costs by reducing the number of single-use plastic bags. These costs do not include the significant cleanup costs to remove plastic through litter collection programs and beach and ocean cleanup efforts. In addition, the ban will reduce the raw materials and natural resources used to make, transport, and recycle these bags. Fewer carryout bags given away at checkout could result in decreased recycling and disposal costs for municipalities and municipal recycling facilities.
Currently, 10 cities, towns, and villages in New York have enacted plastic bag bans. One municipality has a plastic bag ban with a fee on single-use paper bags and bags that qualify as reusable, including 2.25 mil flexible plastic bags. The City of Long Beach has a single-use plastic bag fee in place and Suffolk County's single-use plastic bag fee took effect on January 1, 2018.
The U.S. Environmental Protection Agency estimates that 80 percent of plastic pollution in the ocean originated on land, which includes plastic bags, and in New York, residents use 23 billion plastic bags annually, which contributes to pollution both on and off land. These bags do not biodegrade and they persist for years.
DEC Commissioner Basil Seggos said, "Governor Cuomo is taking real, enforceable action today to reduce the scourge of plastic bag waste blighting our communities, state lands, and waters. From Buffalo to the Adirondack Park, and from the Catskills to the Long Island Sound, plastic bag waste is degrading our natural resources and forcing municipalities to spend precious resources to address it. Today's announcement reinforces the Governor's standing as an innovative, forward-thinking environmental leader."
Citizens Campaign for the Environment Executive Director Adrienne Esposito said, "Plastic pollution has become a serious threat to our lakes, rivers and marine environment as well as public health. Scientists are finding plastic pollution in shellfish and finfish, making its way to our dinner plates. Giving up plastic bags and using reusable bags is one easy, reasonable step each member of the public can take to help combat the plastic pollution epidemic. It is time for everyone to get on the plastic bag 'ban wagon.' We are thrilled Governor Cuomo has introduced this bill and is providing national leadership to address plastic pollution."