Spring's in the air and so is the fun and entertainment for the young and old on Long Island! 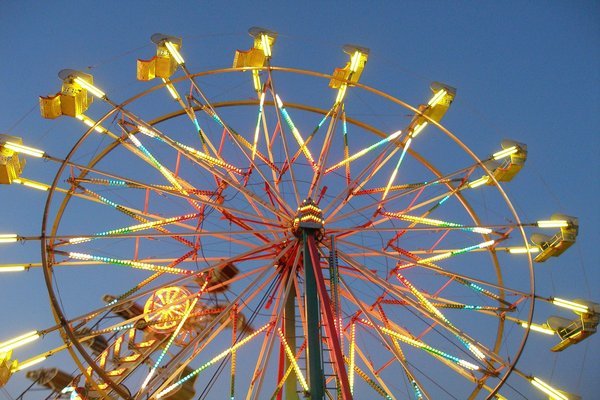 April brings spring showers, but a bit of rain isn’t going to stop all the fun and entertainment on Long Island! For the end of this week, check out all there is to do with the young and old. There’s a show with Disney characters, a family festival at Wantagh Park, a magic show and more! For those looking for late-night entertainment, don’t miss the Oldies Spring Dance with Mickey B, a performance with Cher Lloyd from “X FactorUK” and other great performances.  Check out the full details below!

FRIDAY – APRIL 4, 2014
Who: Disney Junior Live – Pirate & Princess Adventure at Nassau Coliseum
Info: Looking to take the kids out for fun? Don’t miss the Disney Junior Live – Pirate & Princess adventure show. It features many of children’s favorite characters, including those from ‘Sophia the First’ and ‘Jake and the Never Land Pirates’.
Cost: $12.50 to $90
Time & Place: 4PM or 7PM at Nassau Coliseum, 1255 Hempstead Turnpike, Uniondale – (516) 794-9303

Who: Oldies Spring Dance Presented By Mickey B At The Memorare
Info: There’s going to be great dancing, a hot buffet, cash bar and, of course, great entertainment with The Devotions, Encore (singing the sounds of the 50’s, 60’s and 70’s) and Soundtrac.
Cost: Reservations required
Time & Place: 8PM to 1AM at The Memorare Ballroom, 2183 Jackson Avenue, Seaford – (516) 822-9612

Who: Don Juan Comes Back From The War At Hofstra University Black Box Theater
Info: This 1936 play recasts the legendary figure of Don Juan as a shell-shocked veteran returning home in the aftermath of The Great War to find himself the last man standing in a decimated world populated only by woman. As his time runs out, Don Juan embarks on a tragiconomic quest to recapture his past.
Cost: $10, $8 For Senior Citizens (Over 65) and Matriculated Non-Hofstra Student With ID.
Time & Place: 2PM at Hofstra University Black Box Theater, New Academic Building, South Campus – Hempstead – (516) 463-6644