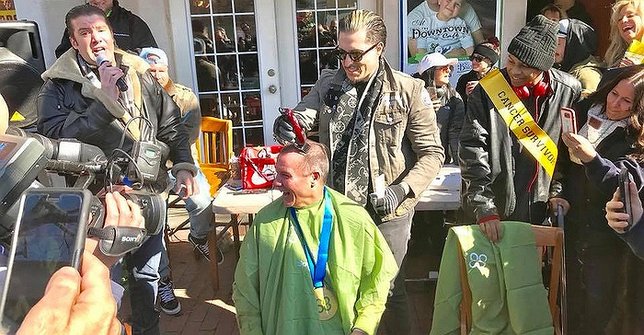 Congressman Tom Suozzi has his head shaved for St. Baldrick’s at the Downtown Cafe in Glen Cove.