March 19th is Kick Butts Day - Find out How LI is Learning to be Tobacco Free!

A national youth organization is promoting smoking cessation among kids and teens. 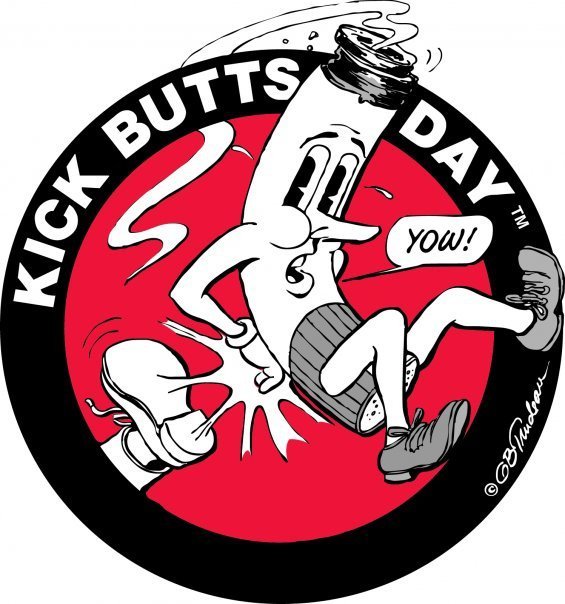 March 19, 2014 is Kick Butts Day, an annual campaign to curb smoking among youth populations. Run by the Campaign for Tobacco Free Kids and sponsored by the United Health Foundation, Kick Butts Day helps kids and teens across the country organize special events promoting awareness for the detrimental health effects of tobacco products.

Founded in 1996, Kick Butts Day has helped independent organizers with concepts and materials to run their own events, and even provides grants to help cover costs. Long Island’s own Manhasset Secondary School will be one of several local organizations running an event, and over in the Bronx organizers have put together a swimming challenge complete with cigarette-themed obstacles to highlight the impact of smoking on lung capacity.

“On Kick Butts Day, kids will stand up and reject Big Tobacco’s manipulative marketing,” said Matthew L. Myers, President of the Campaign for Tobacco-Free Kids. “Elected officials must stand with them by supporting proven measures to protect kids from tobacco addiction, including tobacco taxes, smoke-free laws and prevention programs.”

Cigarettes and related products have found themselves under heavy fire on Long Island and around the country in recent weeks. Suffolk County renewed efforts in its “Learn to Be Tobacco Free” program to start the year, CVS announced that it would discontinue the sale of tobacco in its over 7,600 stores in February, and two days ago NY Attorney General Schneiderman joined 27 other attorneys general in a push to remove tobacco products from other pharmacies such as Walgreens and Rite-Aid. Schneiderman also announced the arrest of a large-scale cigar distributor last Wednesday for failing to pay New York taxes.

Even tobacco-free e-cigarettes have been put on the defensive. New York City ended 2013 by placing e-cigs under the same public smoking ban as regular cigarettes, and last week Senator Charles Schumer announced legislation that would ban e-cigs from marketing to children as he criticized manufactures for adding sweet flavors including vanilla and cotton candy.

Efforts to reduce smoking among kids and teens today coincide with a month-long campaign to better the health and nutrition of the general population—March also marks National Nutrition Month.