Is Johnny Appleseed a fabled character, a myth, a legend? Or did he actually live? If he did live, what exactly did he do? 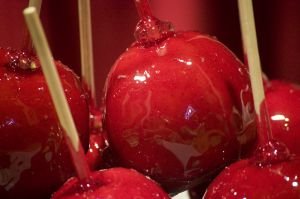 What do you think when you hear the name Johnny Appleseed? Fable? Myth? Legend? Well, while most of us probably have heard of Johnny Appleseed, many people may not know that he actually lived and that during his lifetime he was a man of widespread and high repute.

John Chapman was born in Leominster, Massachusetts, on September 26, 1774. He earned the nickname “Johnny Appleseed” because during the early 1800s he walked over a hundred thousand square miles of wilderness and prairie planting apple orchards in western New York, Pennsylvania, Ohio, Michigan, Indiana and Illinois.

As he traveled, he sold his trees to settlers and worked to make the wilderness a habitable place for pioneers who would follow. With every tree he sold, his fame spread; and by 1806, John Chapman had been nicknamed "Johnny Appleseed."

Chapman, a professional nurseryman, was a simple, deeply religious and kindly man who often donated what money he received. He was a vegetarian, traveled barefoot, wore a coffee sack with holes for his arms and legs and, as tradition has it, used the tin kettle he cooked in as a hat over his long, flowing hair.

Some of Johnny Appleseed’s orchards are well documented and still in existence. The trees in the orchards may descend, by seed or by grafting, from the ones he planted. To this day, statues of Johnny Appleseed can be seen; and festivals in his honor are held in the Northeastern and Midwestern United States. Appleseed is the official folk hero of Massachusetts.

So what does Johnny Appleseed have to do with March 11 each year? Well, although not formally recorded, it is believed John Chapman died on March 11, 1845. And there’s plenty of documentation in support of claims for “Johnny Appleseed Day” on March 11 as well as on September 26, the day of his birth.

So on Tuesday, be sure to celebrate “Johnny Appleseed Day” by including apples in your menu. Serve applesauce with a meal, offer fresh apples for snacks or bake an apple pie—or how about making candy or caramel apples with the kids, while letting them know that the fruit in their sugar-coated treats may well have descended from an apple tree planted by Johnny Appleseed himself!