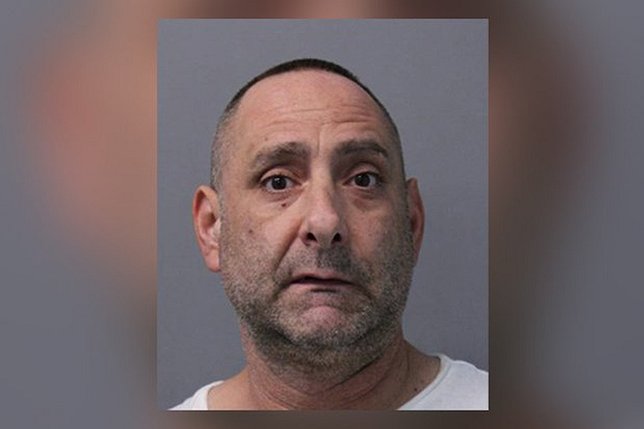 “This defendant’s actions were disturbing and depraved,” District Attorney Sini said. “He allegedly lured and captured these girls by pretending to be someone they could trust and would keep them safe, which is the exact opposite of his intentions. However, even when faced with this terrifying ordeal, the victims did the right thing by immediately getting help and calling the police. Thanks to their swift thinking, and an exhaustive investigation by the Suffolk County Police Department, this defendant was apprehended quickly and taken off the streets.”

On Feb. 3 just before 3:30 p.m., two teenage girls under the age of 17 were walking west on Herbert Avenue in Lindenhurst toward Lindenhurst Memorial Library when they were approached by Cristiano, who was driving a white Nissan Xterra SUV. Cristiano allegedly told the girls he was a police officer who was investigating gang activity in the area and told the girls to get in his vehicle and he would drive them to the library.

Once they arrived at the library, Cristiano allegedly told the older victim to step outside of the vehicle and began to question the younger victim, taking notes about her name, age, home address and other information in a notepad. Cristiano then allegedly drove away from the library with the victim still in his vehicle and drove to a nearby park, at which time he allegedly subjected the victim to sexual contact.

The victim was able to exit the vehicle and run to a nearby residence for help. The older victim, who was still at the library, asked for assistance from a nearby crossing guard, who called 911.

Pursuant to an investigation by the Suffolk County Police Department, which included a review of surveillance footage taken from the library, Cristiano was arrested on Feb. 4.

Cristiano was arraigned on the indictment virtually today in front of Suffolk County Supreme Court Justice Richard Horowitz and bail was set at $1 million cash, $2 million bond or $3 million partially-secured bond. Orders of protection were issued for the two victims. He is due back in court on March 9 before Acting Suffolk County Supreme Court Justice Chris Ann Kelley. Cristiano is being represented by the Legal Aid Society.

If convicted of the top count, Cristiano faces a maximum sentence of up to 25 years in prison.

This case is being prosecuted by Assistant District Attorney John Scarglato, of the Child Abuse & Domestic Violence Bureau.