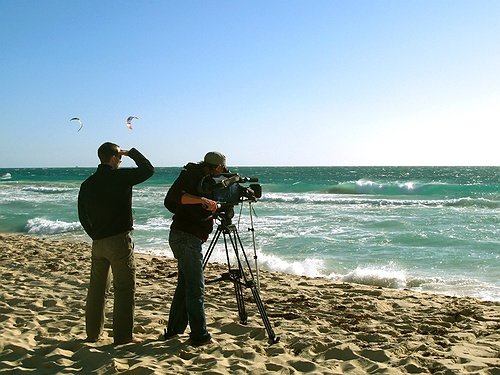 Not only is Long Island an ideal place to live and visit, it is also an ideal place to shoot movies and television shows! Over the years many different films, and TV shows, have been filmed on Long Island from all the way back when film was shot in black and white, to nowadays with CGI and block buster budgets. Check out which of your favorite films and TV shows were filmed right in your own hometown!

The Bounty Hunter (2009) – During filming, the Seaford-Oyster Bay Expressway (Route 135) had to be shut down to shoot a chase scene in the movie.

Cat on a Hot Tin Roof (1958) – This famous Tennessee Williams play in its film version was filmed at the Coleman Estate in Muttontown.

Citizen Kane (1941) – Although not technically shot on location, photographs of Oheka Castle in Huntington were used to depict Xanadu in the film.

The Godfather (1972) – One of the most famous scenes in, “The Godfather,” The Sonny death scene, was shot at Mitchel Field in Uniondale.

Goodfellas (1990) – This mob classic used the Catalina Beach Club as the backdrop for the vacation scenes in the film.

Sabrina (1954) – This Audrey Hepburn classic was shot in two Glen Cove mansions. Welland House was using in the original 1954 film version and Salutations House in the 1995 remake of the film.

The Americans – Adventureland in Farmingdale was used in a 2013 episode of, “The Americans,” starring Keri Russell.

Boardwalk Empire – Some episodes of this crime and period drama were filmed at Sands Point Preserve.

Girls – This HBO series, that follows a group of girls living in New York City, filmed an episode on location in Greenport.

Louie – The Hamptons were used as a backdrop in this comedic Louis C.K. series.

Orange is the New Black – This Netflix jail bird series was shot right over in Riverhead.

The Sopranos – During the beloved series, “The Sopranos,” Johnny Sack’s daughter’s wedding was shot at Leonard’s Palazzo in Great Neck.