Planning to hit the movie theaters? Check out LongIsland.com's Movie Roundup for the latest on top box office releases and upcoming releases for the week! 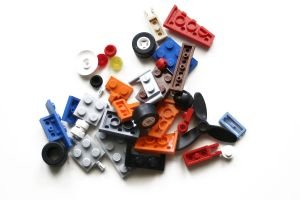 The movie theaters was the place to be this holiday weekend considering the snowfall amounts that hit Long Island in recent days. Topping this weekend’s box office chart for another week was ‘The Lego Movie,’ bringing in an additional $48.8 million on top of the $69.05 million it brought in last weekend.

‘The Lego Movie’ appeals to not only kids – most of whom have the rest of the week off for Presidents' Week – but adults alike. It’s the story of an ordinary LEGO minifigure who’s mistakenly taken to be an extraordinary MasterBuilder. He’s recruited to take part in a quest to stop an evil LEGO tyrant from ruining the universe by gluing it together. There’s action. There’s adventure. There’s comedy. – What more could you ask for?!

Coming in behind ‘The Lego Movie’ this past weekend was ‘About Last Night’, which brought in $27 million for its first weekend. The new release came right in time for Valentine’s Day as a romantic comedy about two couples as they journey from the bar to bedroom and are eventually put to the test in the real world.

Coming in third this past weekend was ‘RoboCop’, which brought in $21.5 million for its first weekend. The remake had a slow start, even with IMAX showings available.

With one more holiday before the official start of the work-week and many kids out of school for Presidents' Week, hit the movie theaters on Long Island! Here are the new releases coming out this week.

For those looking for suspense: