A Super Bowl party without local teams is all about good food and great commercials. 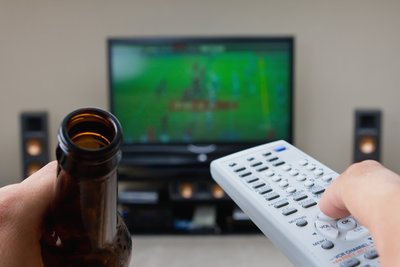 Sadly our beloved Giants and Jets are out of the picture for Super Bowl XLVII in New Orleans. All we have left to look forward to is good food and great commercials.  This year's Super Bowl is being dubbed the "Bro Bowl" or "The Harbowl" as the head coaches are brothers.  This is a first in NFL history.  The Harbaugh brothers are facing each other in something much bigger than a backyard brawl.  They are only 15 months apart and this must be their parents' dream/nightmare!

The National Anthem will be performed by Alicia Keys and Beyonce is headlining the half time show.  Both of these talented ladies also just performed at President Obama's Inauguration.

For most football games, a giant TV and some cheap beer will do. But this is the Super Bowl. It's time to step up your game at home.  Purchase an inexpensive folding to set up near the action and cover it with chalkboard paper .  Cover one side with Astroturf and set up your goodies on that end of the table. Leave the other end open and lay out some chalk for your guests to draw out plays they'd like to see.

Here are some great options to cater in your Super Bowl party.