Laugh until you cry with these performances this weekend! 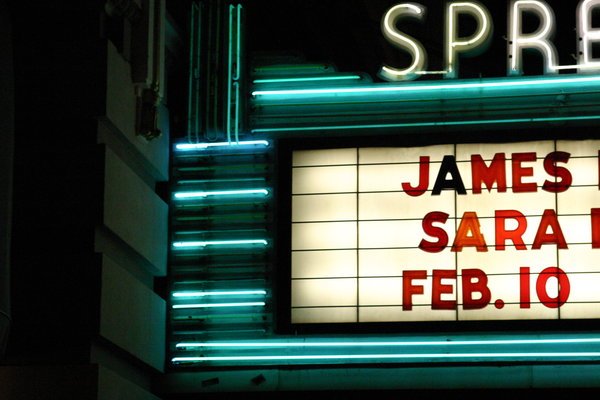 Get ready to laugh until you cry this weekend! There are plenty of comedy shows, theater performances and much more to keep you entertained. On Friday, check for Lisa Lampanelli at NYCB Theatre at Westbury or Steve White at Governor’s of Levittown for comedy. Gin Blossoms is also performing at The Paramount. On Saturday, select from a variety of theater performances, including The Last Days of Judas Iscariot, Raggedy Anne and Andy and Lost in Yonkers. On Sunday, Breaking Legs, a mafia comedy play takes place at Studio Theatre. The Mexican-American singer/songwriter Alejandro Escovedo is also performing at YMCA Boulton Center For The Performing Arts for its 10th anniversary and the play Musical: Company is happening at Hofstra University. Check out the details below!

Who: Steve White At Governor’s of Levittown
Info: Steve White has been on ‘Late Night with Conan O’Brien’ and the ‘Tonight Show’ with Jay Leno, so you know he’s going to make you laugh until you cry. There is a two beverage minimum per person per table.
Cost: $22 or $52 For Dinner and Show
Time & Place: Door Opens at 9:15PM; Show Starts at 10PM at Governor’s of Levittown, 90 Division Avenue, Levittown – (516) 731-3358

Who: Raggedy Ann & Andy At Theatre Three
Info: Watch as the world’s favorite and most famous rag dolls come to life. It offers heart-warming adventures about friendship and loyalty.
Cost: $10
Time & Place: 11AM at Theatre Three, 412 Main Street, Port Jefferson – (631) 928-9100

Who: Lost in Yonkers At Theatre Three
Info:  In this classic comedy-drama there’s laughter and tears. It is a remarkable WW II coming-of-age story of two brothers left to fend for themselves in a feuding household with their formidable immigrant grandmother, sweet but simpleminded aunt and a hoodlum of an uncle.
Cost: $30
Time & Place: 8PM at Theatre Three, 412 Main Street, Port Jefferson – (631) 928-9100

Who: Breaking Legs At Studio Theatre
Info: It’s a mafia comedy about a professor and dramatist from New England State University who solicit money from gangsters to get New York backing for his play.
Cost: $25
Time & Place: 2:30PM At Studio Theatre, 141 South Wellwood Avenue, Lindenhurst – (631) 226-8400