Describes a Montauk that has long since passed. 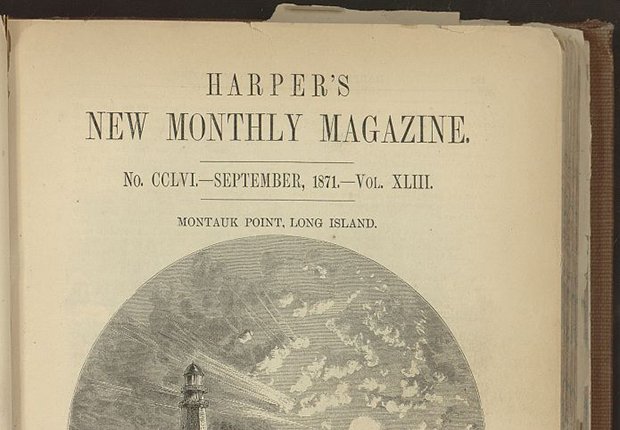 The Montauk light. Photo: Library of Congress. No known restrictions on publication.

This woodcut reproduction of the Montauk Lighthouse appeared in the September 1871 issue of Harper's New Monthly Magazine.

The opening of the article poetically describes a Montauk long gone:

Montauk Point - the eastern extremity of Long Island-is a region comparatively unknown, expert to a few sportsmen, attracted thither by its very wilderness, and to such tourists as find especial charms in its seclusion, and in the bold and picturesque scenery of its defiant promontory, upon which the wild Atlantic incessantly beats, and sometimes with tremendous violence. 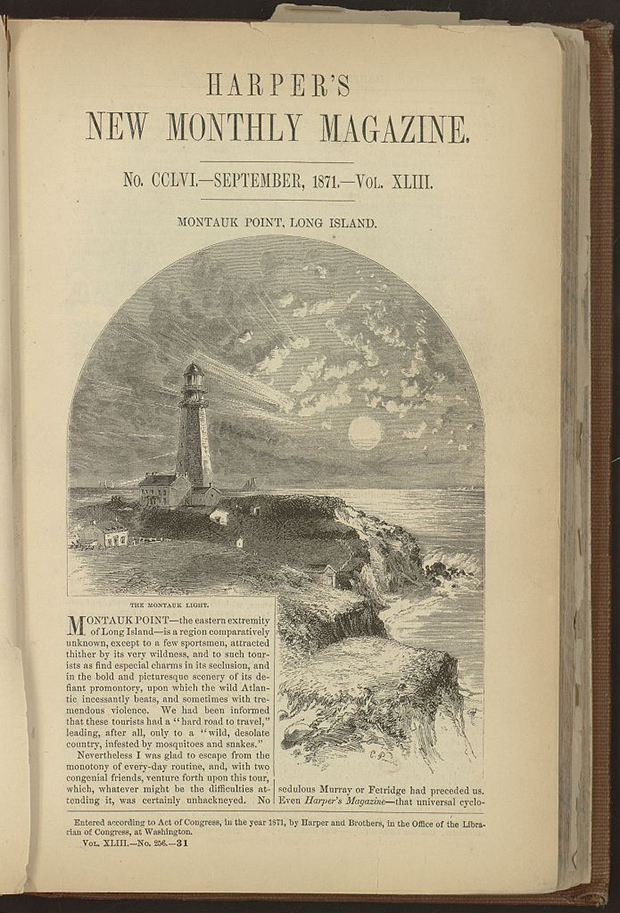 The Montauk light. Photo: Library of Congress. No known restrictions on publication.