Former Congressman Peter T. King is joining the Board of Trustees of the Museum of American Armor at Old Bethpage Village Restoration, Old Bethpage, New York 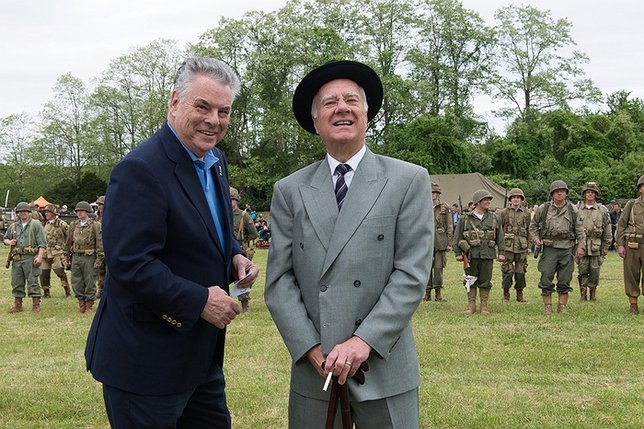 Armor Museum president and founder, Lawrence Kadish, stated, “No one in Congress has been as outspoken or as respected in America’s War on Terror than Peter King. He is very much welcomed to join the museum’s trustees and volunteer corps as we pursue our mission to educate and honor.”

Mr. King explained, “I have been visiting the Armor Museum with members of my family for years. Its power to educate a new generation of patriots was made apparent to me when I brought my grandson to one of the programs and it made an inedible impression on him. Lawrence Kadish created a living history lesson for Americans and it is something I very much want to be involved in as I return to private life.”

“I am delighted to welcome a good friend, Congressman King, to this team of Americans who share a similar passion to honor those who have served over the generations to preserve and protect our freedoms,” stated former Commissioner Kelly.

Congressman Tom Suozzi said, “Pete King consistently demonstrated that people from different political parties have the means to work together, respecting the opinions of those we differ with, while finding common ground such as our enormous respect for those Americans who have protected our freedoms. The Armor Museum is fortunate indeed to have Peter join its board.”

Armor Museum senior trustee Michael Sapraicone observed, “I can’t think of another Long Islander so uniquely qualified to serve on the board of a museum dedicated to honoring our American military while educating a new generation regarding the debt we owe the men and women who wear the uniform.”

A legacy of service

During his years in Congress, Rep. King has been a strong supporter of law enforcement and our military, and has fought to bring veterans’ benefits into the 21st Century. He also championed the needs of our region. Typically, he led the successful fight in Washington to obtain $60.4 billion in emergency funding for the victims of Superstorm Sandy.

Prior to serving in Congress, Pete King was elected to three terms as the Comptroller of Nassau County. Before serving in county government, Rep. King had extensive experience as a practicing attorney and civic leader. He began his political career in November 1977 by winning election to the Hempstead Town Council. Rep. King is a member of numerous civic organizations including the Knights of Columbus, Knights of Pythias, AMVETS, and the Fighting 69th Veterans Corps.

The Museum of American Armor has some 40 operational military vehicles within its building on the grounds of Nassau County’s Old Bethpage Village Restoration. Its current hours are Friday to Sunday, 11:00 a.m. to 3:00 p.m. An admission donation of $15 for adults is requested, $10 for seniors and veterans, and $8 for children.

Article contributed by the Museum of American Armor.