Get Up, Get Out, and Get Moving with an Indoor Sports League

Don't forget about your New Year's Resolution! Get fit while making new friends at one of Long Island's great indoor sports leagues! 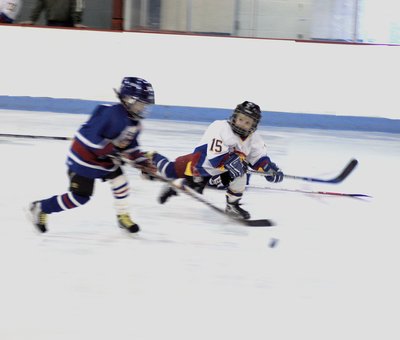 Indoor sports leagues are a great way to stay fit, and an even better way to meet up with friends or co-workers (or make new friends) for some regular weekly fun! Even if you don't feel that you are atheltic, or if you are just a bit rusty on your game there are friendly beginner groups to help ease you in and get you worked up to tournament-ready shape.  There are also indoor sports leagues to keep all of your kids busy and active during the cold months. Keep your New Year’s resolution in mind as you make your way through January, and sign yourself or your child up for one of these indoor sports leagues!

Adults Sports Leagues
As there are fewer adult leagues than youth leagues, these have been listed with the specific locations at which each league competes, as well as the nights the leagues play.

Senior Indoor Softball
Where: Long Island Sports Complex, Freeport
When: Tuesdays at 10:15 a.m. and Fridays at 9:30 a.m. through March

The Rinx Adult Leagues
Where: The Rinx, Hauppauge
When: Monday through Thursday evenings

Island Ice Hockey
Where: Various rinks in Syosset and Dix Hills
When: 7 nights a week – choose the league that best fits your schedule.


Children’s Sports Leagues
Many children's sport leagues are run through school districts or churches, but there are many independent groups that are not affiliated with either.  Check out the variety of hockey leagues available for kids of all different skill levels!